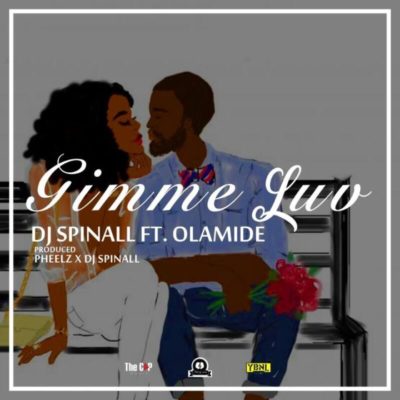 After the successful release of his sophomore album (TEN), DJ Spinall started 2017 on a supreme note. First stop was “Olowo” featuring the Baddest Davido & Wande Coal.

He commenced his tour, March in South Africa, followed by United States in April and United Kingdom in May.
But trust DJ Spinall not to keep his fans thirsty, he decided to team up with ever supporting Baddo (Olamide) on this one titled “Gimme Luv”.
Produced By Pheelz & DJ Spinall, written by Olamide.

An easy captivating sing-along.We really hope you all enjoy it just like we did when we first heard it.

Please listen and recommend to everyone special to you.

This site uses Akismet to reduce spam. Learn how your comment data is processed.